rey Day drops the video for his Yungeas featured, “Capcom”. Produced by Bckgrnd, the song will be featured on his upcoming “ Broken Rose” project set to drop fall this year.

Trey Day aka Treydayallday is a artist from Norristown, PA right outside in Philadelphia. Through out the last couple months he has begun to rise in the music industry. Since he opened up for Lil Pump, PnB Rock, Lou the Human and many more established artists he has took his music to a whole new level. With his pot head, smoking, cartoon, heartbreak, and party lifestyle he brings it to light in his new album “Broken Rose“ Set to drop this year. It will feature production by Rotation Records where Trey Day records still in his home town. He has also linked with getting beats from NextLane beats who has worked with lil tecca and more. Get ready for this guy, Trey Day is set to make a name for himself and for his hometown. 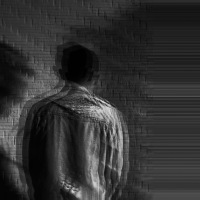