Chicago’s Hugh Lee is an on the rise recording artist showing a lot of promise and natural potential with his unique sound and lyrics. On the rise, the new star delivers his latest project, a Childish Gambino-inspired release, titled The Younger I Get. In the new mixtape, Lee displays growth and comfort in every one of the eight-track collection. Stream it here.

The Younger I Get provides us with breakout tracks “Face Off,” “West Side Story” and “Return of the Dragon.” Hugh’s uniquely crafted story, in album form, is created for followers and fans to have a better understanding of this particular way of life and how he came to overcome it. Hugh strives to make clear that there is an inevitable struggle in life, but long gone are the days when one should feel stuck in their predicaments. Lee says in a press release, “We can change our circumstances dramatically. You just have to jump in order to fly.”

The Younger I Get is inspired by Gambino’s first mixtape — released in 2005. The project reached #25 on Apple Music. The project featured vintage tracks “A Runaway,” “My Baby” and “2 Brains.” The popularity behind this debut led to breakout projects Sick Boi, I’m Just a Rapper 1 & 2, and R O Y A L T Y.

Lee’s latest effort creates anticipation for the rising star’s forthcoming album, which is slated to be Hugh Lee’s full-length debut. The mixtape follows Lee’s Carbini that dropped last year. The Younger I Get is the perfect jump-on point for any newfound fan. After the stream, for more on Hugh Lee, follow him on social media for daily updates and new music.

Take a listen to the new single now, below. 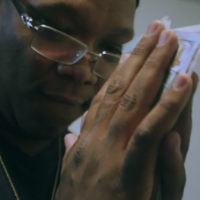